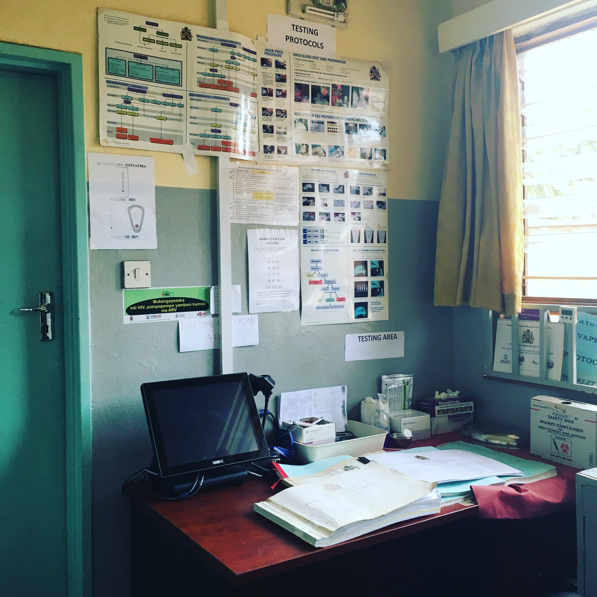 Malawi’s approach to recent HIV infection surveillance entails a phased scale-up approach over the next two years to reach sites representing 80% of new HIV diagnoses annually. The first phase, beginning in April 2019, will roll-out recent HIV infection testing to 22 sites in Blantyre district. By the end of 2019, stakeholders hope to have expanded recency testing to approximately 175 additional sites in 14 districts across the country, conducting as many as 23,000 rapid tests for recent infection (RTRIs) in that period.

From March 15th to 24th, 2019, colleagues from the Centers for Disease Control and Prevention (CDC), Malawian Ministry of Health (MOH) and National HIV Reference Laboratory (NHRL), I-TECH Malawi, and University of California, San Francisco (UCSF) conducted three step-down training sessions with more than 200 participants in total. Those attending the trainings to support the first phase of national roll-out included HIV testing service (HTS) providers such as health diagnostic assistants (HDAs) and other key stakeholders such as site coordinators and district supervisors from across Blantyre.

Nearly all participants achieved a perfect score in their proficiency testing with the Maxim Swift Recent Infection Assay as well as with the Asante HIV-1 Rapid Test for Recent Infection (98% and 89%, respectively). In addition to the practical test, participants scored 83% on average on the complementary written test, meaning that the vast majority of participants understood the information presented.

General principles around HIV as well as recency-specific principles were reinforced during the trainings such as:

Feedback from the trainings was well-received by the coordinators with participants commenting that they enjoyed many of the sessions and material covered. Highlights from participants’ surveys included enjoying a refresher of the basics of HIV, learning about recent HIV infections, and practicing the RTRI testing and dried blood spot preparation methods. Participants remarked that the most useful information that they learned was how to conduct recent infection testing alongside the national HIV testing algorithm, how to conduct the rapid tests themselves, and how to complete the accompanying Recent Infection HIV Surveillance Register.

Following the step-down trainings, the CDC, I-TECH Malawi, and UCSF’s in-country partner, Global AIDS Interfaith Alliance (GAIA), have been actively supporting site activations across the district of Blantyre. During site activation, officers visited sites as they prepared for the roll-out of recent HIV testing in order to assess sites’ readiness for implementation. This included ensuring that health officials had been adequately trained on RTRI methods, that sites were equipped with all necessary testing supplies, and that systems were in place for ensuring quality of care and service delivery at all HTS entry points at each site.